A recent woodworking project (glider bench for my folks) finally got me to realize that a router would be nice to have. With every project I find myself saying "gee, sure would be nice to have a router right about now." I'm starting this thread in hopes that somebody can steer me toward a wise choice in a first router.

First off, I generally prefer cordless tools. With batteries getting better all the time, I don't see any negatives to getting a cordless router as I have plenty of 20V DeWalt batteries (like buying magazines for your autos, you just can't have enough). Am I missing something? So far all the uses I've come across have been small pieces of the project so I wouldn't be needing it for major stuff anyway. That said, I would like some versatility. Obviously if I go cordless I'd have to go with DeWalt as I'm already heavily invested in that system.

How much power does a particular task need? I could see myself cutting several types of wood (hardwood included), and hope to be able to use it for an aluminum receiver eventually too. Not sure if there's a major power demand there but from what I'm seeing I don't think so.

Almost impulse bought the brushless 20V DeWalt router from Home Depot this weekend but they had it for $199, which is hard to swallow when a corded porter cable router is half that... I enjoy having quality tools but is it really twice as good? It's quite a bit cheaper online though. There's also the store brands like Rigid, Masterforce, etc. that are fairly affordable and seem to have decent warranties and similar features. Makita also has a decent looking handheld router. Being new to the game with these, it's enough options to make my head swim.

I'm trying to make a smart choice and get a tool that will bring me some value. Any experience here? What have you used, and what do you like/dislike about it?

Thanks for your input,

P.s. here's a couple pictures to make the thread more 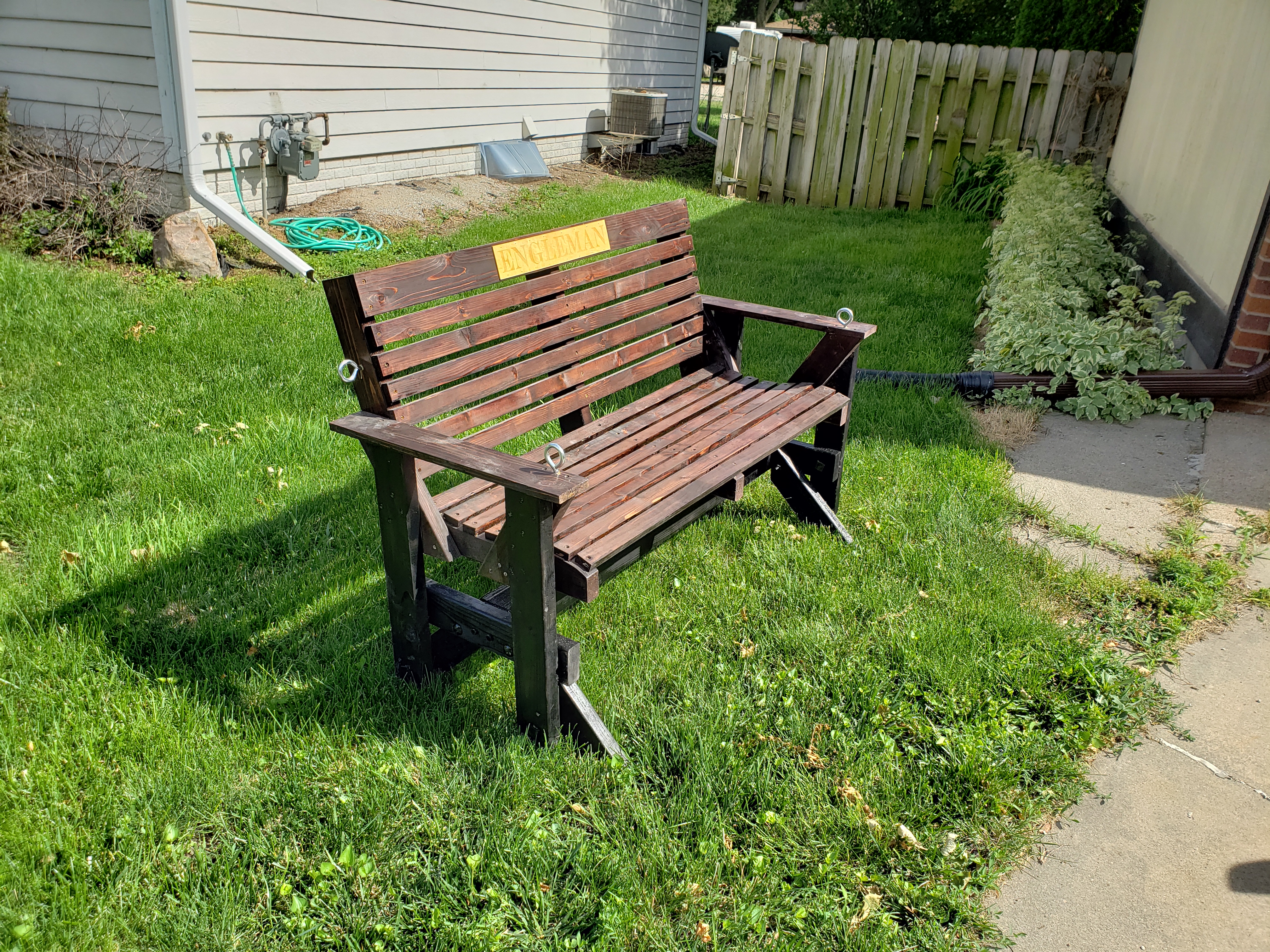 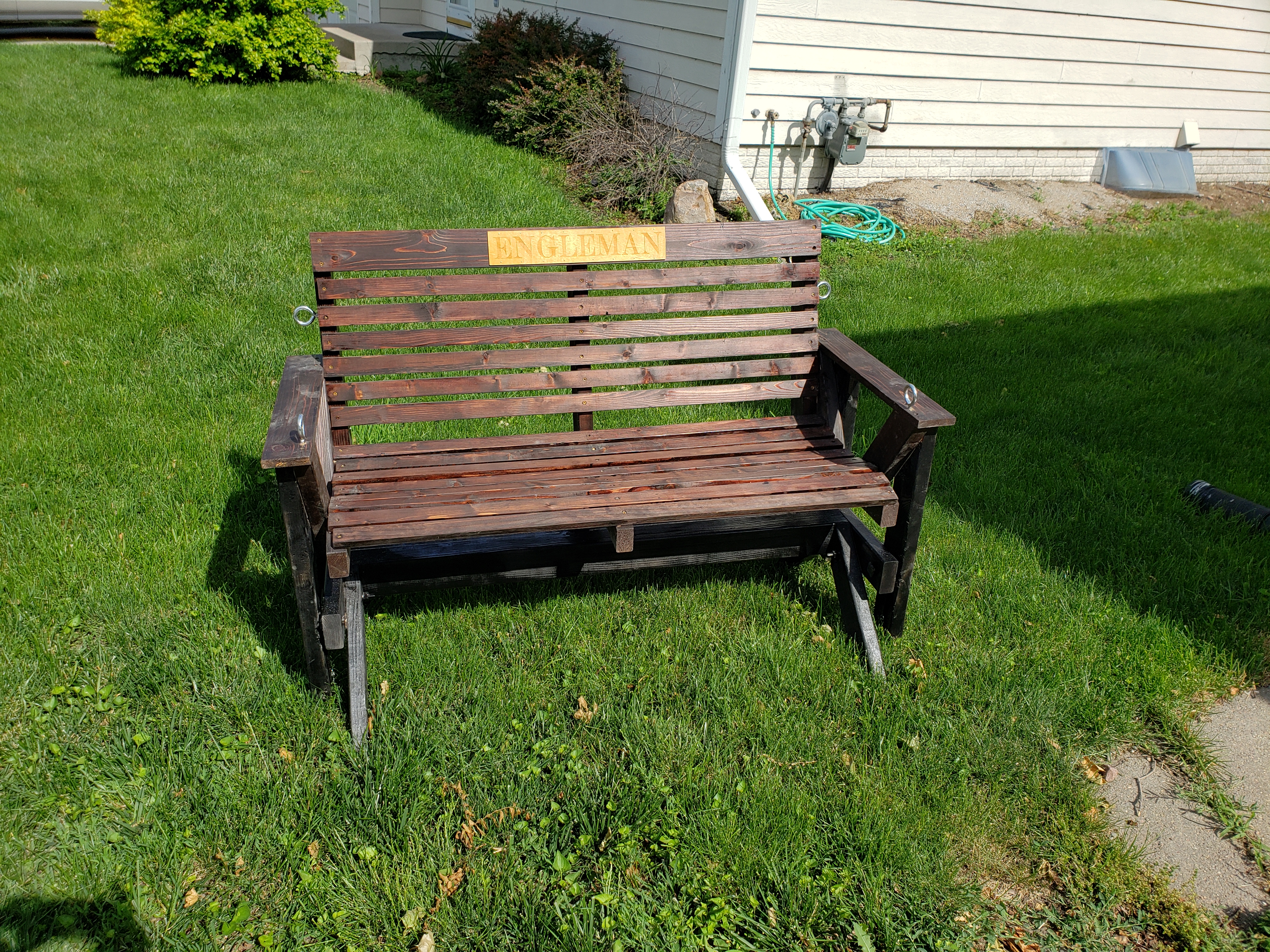 I own a lithium ion cordless drill, because I tend to use the drill in places I haven't spent time setting up, and I move with it frequently.

I can't image using a router without having spent much more time on setup, securing the work, etc. Running an extension cord is easy compared to the rest of the necessary setup.
O

edwardware said:
I own a lithium ion cordless drill, because I tend to use the drill in places I haven't spent time setting up, and I move with it frequently.

I can't image using a router without having spent much more time on setup, securing the work, etc. Running an extension cord is easy compared to the rest of the necessary setup.
Click to expand...

That's true. Thanks for pointing that out.
O

I never thought of woodworking in that way but now I cant unthink it... thanks for that

Professional furniture/cabinet shop here. Retired from day to day $$$ gigs but still have a slew of equipment. Along with full on machine shop and all process welding.

Just saying above to give you an idea. Grew up in the cabinet biz. The metal side of things came about because we make so much one off tooling.

I'd snag a reasonably "modest" used,definitely corded.... NON plunge router from a pawn shop or craigslist. Ebay is great but you don't know enough about them to make good calls there. Ain't like a local pawn shop where you can plug it in. Positively make sure it has a 1/2" collet size. And preferred to get one that has BOTH,1/4" and 1/2".

Plunge routers have been the rage for about 15 years or so. Get one of those AFTER the one described above. They cost way more and aren't nearly as useful as enablers want you to believe. A regular router is fine to start with.

Don't buy into super high HP routers either. 1 or 1 1/2HP is plenty. Start doing research on "spindle shapers". And NOT by reading on wood wacking forums. Those folks have spent more money on $$$ router tables than a used BIG shaper cost. It's like comparing a weed whacker to an 8' category 3 Bush Hog. And even that isn't doing justice.

Yes,a modest router table can see use.... just sayin,dropping 500$ on a 3HP router and sticking every little $$ widget that comes down the pile on it just doesn't make sense,at all. Used 3HP MADE IN USA,shapers go for 6-800$ And are rebuildable.

The moral or takeaway;

Be darn careful where you get your info. Go to OWWM and search their classified. Good bunch of guys over there. Positively no foreign equipment discussion allowed. Good luck with your project.
D

Recently got a corded Dewalt router set (fixed and plunge bases-DW618) for well under $200. I built a bench-top router table (use the fixed base to mount on it) with a top plate from Rockler, so I've got less than $300 in the whole setup because I mostly used scrap wood on hand. I'm going to use the router table a lot as I rebuild our wood shutters as they deteriorate. Much cheaper than buying new, and I'm retired, so I've got the time. As to router choice, I looked at Dewalt, Bosch, and Porter-Cable. Even some cheaper routers would probably work, but I chose to get a quality tool. There are certainly more powerful and more expensive routers out there, but a 2-1/4hp router should do anything you could think of for most folks. Some would argue 1-1/2hp would be enough.
My router came from CPO Outlets and is a refurbished tool. Works just fine. https://www.cpooutlets.com/routers-and-trimmers?caID=routers-and-trimmers
Inventory varies. New and refurbished tools.
S

First post here, spotted a banner ad on THR, and been doing little woodworking projects since the ‘80s. Despite industrial arts classes in HS I didn’t learn to use a router until my 20s (we had a shaper). Money was tight for a college kid but I snagged a new Craftsman and a Porter Cable 100 and set about using it. Still have the PC, added a DW 610 and 614 since and they’ve all served me well for various projects.

PC, Bosch, DeWalt, and Makita all make some fantastic routers and I would concur on a 1/2” collet and corded model. I find myself buying bits in 1/2” almost exclusively these days and the 610 is the only one I have that can use them which often makes it my default choice. I do however love my Porter Cable for its compact size and round top with which to steer it.
D

edwardware said:
I own a lithium ion cordless drill, because I tend to use the drill in places I haven't spent time setting up, and I move with it frequently.

I can't image using a router without having spent much more time on setup, securing the work, etc. Running an extension cord is easy compared to the rest of the necessary setup.
Click to expand...

Porter Cable is the way to go. A router table is going to be much more useful than a plunge router base. I use my router table all the time. My plunge base is somewhere in a box, in the attic. A good fence, clamps, and decent bits will be important. Avoid cheap bits, at all costs.
D